When I realized my sister Naomi would die denying God. I fell into despondency. I thought she and I too much alike for this. She’d been a kind of intellectual twin to me, a mini-me but better, smarter, snappier, happier. That is until cancer. Until disbelief became unbelief, not just among friends but then family.

The Christmas nearly two years before she died, we began documenting her end-of-life plans. The scene was a dark room, full of young children, absorbed in their Disney, while we whispered our way through questions on Everplans. 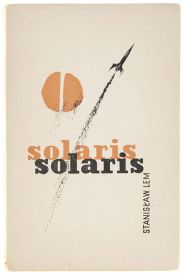 “What kind of service do you want?” I whispered at her.

“It doesn’t matter. I mean, what you guys need.”

“Not a faith service?”

“I don’t really have faith anymore.”

I chose not to unpack it that night. No more questions. It already hurt too much, the cancer, the failed rectal reconstruction, the wasting away, the auric headaches and dehydration, her sense of doom.

She lived another two years. Most of those not actively dying. We several times a month and one night I told about my year of weeping, as a 16-year old afraid for my siblings souls. We headbutted over faith in those last years. The way I saw it, she, along with so many friends and family, were giving up God. \

She died without regaining faith. Her loss of faith and my clinging to it are partially about the difference that we held on time and existence at the end of her life. I believe it goes on. She thought she entered nothingness. If it goes on, its hard to think how we will connect again in eternity. For the past year I’ve been fighting the brutal takeover of despondency about this.

St. John Climacus says that despondency is, among other things, “a neglect of asceticism.” During my husband’s years at seminary, I worked to develop a quiet soul through asceticism: reduced caloric intake, vigorous exercise, morning and evening prayers, steep limits on alcohol and sugar and sleep. But in this past year I’ve indulged my whims, my grief. My morning prayers have shrunk; my evening prayers evaporated. I began drinking hard liquor and to an extreme. I took in many more calories than needed. I began to crave dreams. I ended up this year having restored all the horrible habits of my youth, eating, sleeping, worrying, despairing, controlling. My body and appetites have become unmanageable again.

A few months ago probably fueled by overindulgence, I fell asleep after an hour or more of raging at God. I anguished. I yelled. I bit my pillow. I bit God, metaphorically. That is, unless what one imagines she does with her body has spiritual force. I can’t recall what I said, only that I woke with salt in my eyes, the kind that lasts for days, and a wounded soul. I knew I’d crossed the line. It is time to reckon with my despondency. It is time to respond, as Dr Nicole Roccas writes about in her book Time and Despondency.

It is time to stop pummeling God with my fists. After all, I remind myself, Most people have survived and lost more of value than I have had in all my 43 years. I live in a first-world nation. In most of the world, women lose many of their children. People are widowed young. They have few of the “comfort” items I have: food, a good bed, alcohol, any other indulgence I could procure if I wanted, therapy, vacation days to take when it’s too much. They have more illness, loss and difficulty than me, but most have more resiliency. I have to reckon with the question: What right have I to yell at God?

I’m wrestling with how to respond, how to think of God, after my sister died. I am wrestling through literature, because literature speaks to me. As I continue through my “Read Through the Bible in a Year” I have come again to Judith and Job. Again, they remind me of the thematic ambiguity of  Stanislaw Lem’s Solaris.

How can we know God when we don’t know ourselves? Humankind cannot plumb its own psyche. How can it claim to understand God enough to spew out or eschew the Divine or hate God for not being what we think God out to be?

Judith, a widow about to go out and seduce the Persian general Holofernes, goes first to her king and people, who despair of God and rescue. She says to them what Job ends up concluding after God speaks out to him and his friends.

12 What right do you have to put God to the test as you have done today? Who are you to put yourselves in God’s place in dealing with human affairs? 13 It is the Lord Almighty that you are putting to the test! Will you never learn? 14 There is no way that you can understand what is in the depths of a human heart or find out what a person is thinking. Yet you dare to read God’s mind and interpret his thoughts! How can you claim to understand God, the Creator? No, my friends, you must stop arousing the anger of the Lord our God! 15 If he decides not to come to our aid within five days, he still may rescue us at any time he chooses. Or he may let our enemies destroy us. 16 But you must not lay down conditions for the Lord our God! Do you think that he is like one of us? Do you think you can bargain with him or force him to make a decision? 17 No! Instead, we should ask God for his help and wait patiently for him to rescue us. If he wants to, he will answer our cry for help.

In many ways, I think Judith distills most of the book of Job into a few short sentences. Be humble before what you cannot understand. Neither Judith, nor Job nor any human is the Creator. Job is wiser than his friends for holding onto his clear conscience but when he objects to his fate and God answers Job saying what do you know, in your finite being, Job repents. (I would love to read a good deep Jewish commentary on Job because I suspect not every word out of Job’s three friends lips are blasphemy. Instead, they puff themselves up as wiser than they are.) Judith’s words bother me in the same way the books of Job and Ecclesiastes do. They seem to say “when it comes to God, human, you are not going to get it. Admit it. Don’t curse what you cannot understand.”

And we humans have ourselves as the first example of what we cannot understand, which is why I think of Lem’s book Solaris. The premise of Solaris is that humanity has conquered space travel and found the first “living” planet. Believing themselves wiser and more progressive than they are, they come to study the planet. What happens as they study is that the planet turns out to be wild, something they cannot understand or control. It manifests their human desires and fears. It is a mirror but faced with the mirrored image of themselves, the humans cannot make meaning of what they are being shown about themselves. I love the following passage. I leave it for you to wrestle with along with me.

“We take off into the cosmos, ready for anything: for solitude, for hardship, for exhaustion, death. Modesty forbids us to say so, but there are times when we think pretty well of ourselves. And yet, if we examine it more closely, our enthusiasm turns out to be all a sham. We don’t want to conquer the cosmos, we simply want to extend the boundaries of Earth to the frontiers of the cosmos. For us, such and such a planet is as arid as the Sahara, another as frozen as the North Pole, yet another as lush as the Amazon basin. We are humanitarian and chivalrous; we don’t want to enslave other races, we simply want to bequeath them our values and take over their heritage in exchange. We think of ourselves as the Knights of the Holy Contact. This is another lie. We are only seeking Man. We have no need of other worlds. A single world, our own, suffices us; but we can’t accept it for what it is. We are searching for an ideal image of our own world: we go in quest of a planet, a civilization superior to our own but developed on the basis of a prototype of our primeval past. At the same time, there is something inside us which we don’t like to face up to, from which we try to protect ourselves, but which nevertheless remains, since we don’t leave Earth in a state of primal innocence. We arrive here as we are in reality, and when the page is turned and that reality is revealed to us – that part of our reality which we would prefer to pass over in silence – then we don’t like it anymore.”
― Stanisław Lem, Solaris